You know the Big and Little Bears 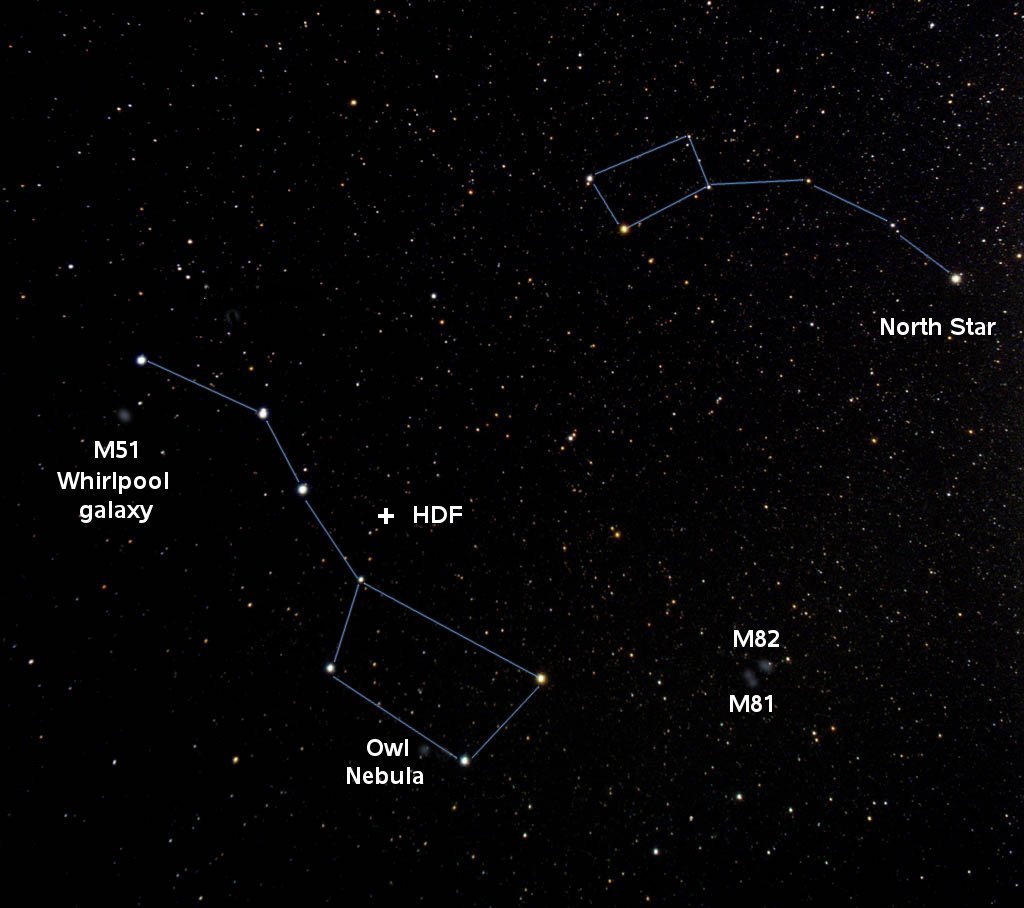 Use the star maps at the back of your book, a planisphere if you have one, or free planetarium software such as Stellarium to follow the changes in the sky with seasons.