The European Southern Observatory's Survey Telescope (VST) with its 268-megapixel camera imaged the Hercules galaxy cluster, 500 million light years away. The VST is a 2.6 meter diameter telescope with an exceptionally large field of view. Located in on Paranal in Chile, it enjoys exceptionally clear and stable skies. The Hercules cluster contains young, star-forming sprial galaxies and many interacting pairs, but no giant elliptical galaxies. 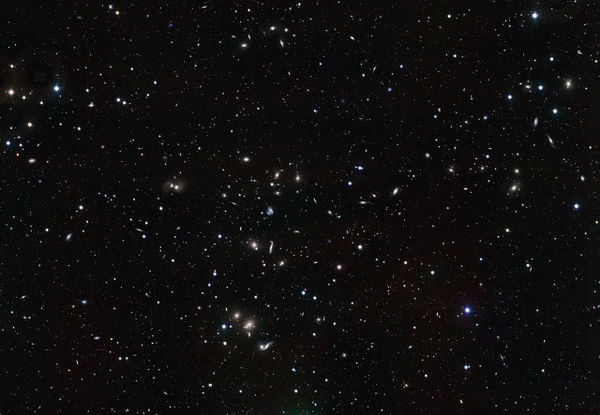