Graphics with Python: Difference between revisions

From AstroEdWiki
Jump to navigation Jump to search

Let's look at a simple program that generates its own data and creates one plot you can view on the screen using pyplot, a MATLAB-like interface:

Most of this program is used to create and prepare the data lists. The plotting is done in one line! We add labels to axes, a title to the plot, and show the work. The way in which it appears will depend on our installation, but the default is a Tkl interface that offers control for panning, zooming, and saving as png file. The data go into the plot as lists, and appear by default as a drawn line connecting the points. However, if you prefer red circles to a "pen down" line, then change the plt.plot to 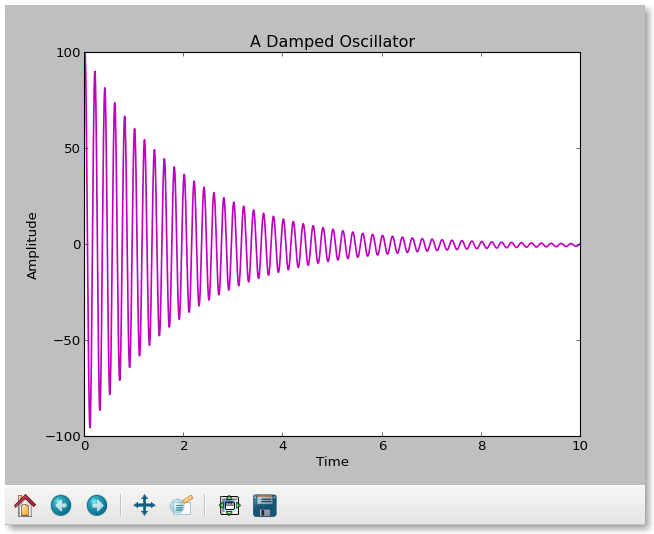 Saving the plot to a file

Controlling the limits and tick marks in one plot