If you are in the astronomy laboratory on campus you also use the solar telescope in the lab, or walk over to the Planetarium and use the telescope in the garden if it is clear enough to see your shadow outside. These telescopes project an image of the Sun with enough detail to see many small spots on most days during the current solar cycle. 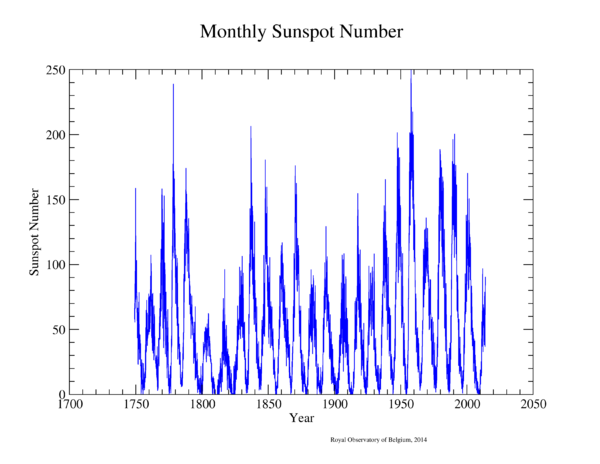 In 2011 the Sun had just begun to recover from an unusually long sunspot minimum and the next cycle has begun.